A world without hunger is possible

Prof. Dr. Matin Qaim from the German University of Göttingen believes that a world without hunger is possible within 20 to 30 years. The prerequisites for this include the further development of modern technologies in farming, a sustainable use of land and other resources as well as better distribution of food through the international agricultural trade.

Prof. Dr. Qaim, you are a recognised expert in the area of food security. How do we feed the world sufficiently today and in the future?

Food security is a question of the sufficient availability of food and of everyone’s access to it. As global demand continues to grow, supply also needs to be increased. In light of scarce natural resources and climate change, this is a considerable challenge. But it’s not just about greater production. Particularly those of us in industrialized countries need to reconsider our consumption with a view to greater sustainability, as our lifestyle at a local level cannot be reproduced globally. In the case of access to food, it’s about a sufficient income for everyone. This is why the fight against poverty plays a crucial role in food security. I remain optimistic: a world without hunger is possible within the next 20 to 30 years.

What have been the most significant changes in global food provision over the past years/decades, and what can we expect in the future?

The proportion of starving people among the overall global population has fallen rapidly over the past decades, from some 50% at the middle of the last century to around 11% today. This is a major success, which is largely attributable to positive developments in agricultural yields and to solid economic growth in many developing countries, particularly in Asia. Africa is, unfortunately, trailing behind significantly where this is concerned. But positive yield developments have been seen, particularly in grain. The areas of research and politics have concentrated intensely on promoting a number of energy-rich crop types, as these have been seen as having priority for fighting hunger. But people don’t just need calories in order to have a healthy diet; they also need a wide range of micronutrients. Around the world, micronutrient deficiency is unfortunately still much more widespread than calorie deficiency. This means that nutrition needs to become more diverse and, with it, farming and agricultural research as well.

Fertile land is unevenly spread across the world. What’s the best way for us to deal with this imbalance?

Soil fertility must be maintained and improved. In many regions, we are unfortunately seeing a significant soil degradation which is caused by unsustainable forms of farming. But an uneven distribution of land and water resources also means that the international agricultural trade plays an important role in balancing this out. The favourable regions in the temperate zones, such as here in Europe, shoulder an important responsibility for the global supply situation. This responsibility will continue to grow in the course of climate change, as this will have a considerably smaller adverse effect on our production when compared to most tropical and subtropical regions.

What role does the further development of new technologies, such as “smart farming” or modern crop research and cultivation, play in securing global food provision?

New technologies that can make farming more productive, more environmentally friendly and better adapted to the climate play a decisive role in sustainable food security. The progress that is currently being made in the areas of genetic engineering and digital technology is breathtaking and has enormous potential. Particularly in genetic engineering, however, society has a lot of prejudices that we have to overcome through improved communication of the science.

In the world’s developed nations, “food trends” such as organically produced food, regionality, superfoods like quinoa or the debate around things like insect burgers are enjoying ever greater popularity. Do you believe that these trends can play any sort of role when it comes to the global provision of food?

These are niche topics that have so far hardly played any role in global food provision. The aim must, of course, be to make the food sector more sustainable and, indeed, in ecological, economic and social terms. But organic farming and regionality are not suited as a panacea.

In the debate around food security, a lot is said about the future of Africa and Asia. In order to secure a positive development for these regions, do you see the need to act as being more in the hands of farmers and scientists or rather in the political sphere? And why?

There is a need to act in every area. Peace, good governance and a politics that benefits everyone, particularly disadvantaged groups, are a key foundation for a positive development. Unfortunately, there are too many countries in which these conditions do not exist. But without a productive agricultural sector and new technologies, sustainable food security cannot become a reality, which is why farmers and scientists are required.

What’s the main focus of your work at the moment and what do you want to achieve with your research in the years ahead?

The public debates about sustainable farming and food are unfortunately far too strongly characterised by seemingly insurmountable contradictions: Increase in production or reduction of consumption? Genetic engineering or organic farming? Global trade or regionality? Debating the principles like this doesn’t help and obscures the view of constructive solutions, which usually require sensible combinations. There are no simple tricks. The challenge of meeting the basic needs of ten billion people and at the same time avoiding a climate and environmental catastrophe is simply too big to let ourselves get caught up in ideological trench warfare. With my work, I would like to contribute to finding and implementing constructive solutions. 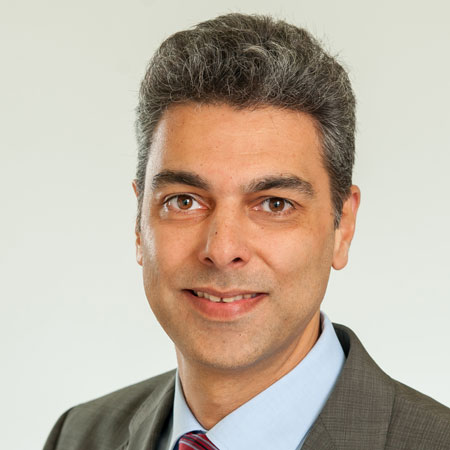