For a long time, the two degree target was regarded as the yardstick for preventing dangerous human interference with the climate system. This changed at the 2015 climate conference in Paris. The line is now: limit global warming to well below 2 degrees, even better to below 1.5 degrees. Why does this change make sense?

Dangerous climate change begins when the Earth warms by more than two degrees compared to pre-industrial times. This was made clear by the world's nations at the Cancún Climate Summit in 2010, when they first agreed on the two-degree limit. Back then, this figure was not contentious: for some critics it was much too high, for others it was too low. They described the two-degree target as either a minimal political compromise or as an unattainable utopia. By now, the most famous figure of climate change is almost history. In the Paris Agreement of 2016, 196 states agreed in a legally binding manner to reduce global warming to well below two degrees Celsius in order to counteract dangerous climate change. And there's more. Another passage of the Agreement states that efforts must be made "to limit the temperature increase to 1.5°C above pre-industrial levels". In its 2018 Special Report, the IPCC pointed out that the risks and consequences of climate change would be significantly reduced at 1.5 degrees compared with 2 degrees.

The portal https://www.klimafakten.de/en has graphically illustrated the main differences between the climate targets (including detailed source references). We have put together some interesting examples that show what difference half a degree more warming actually makes: 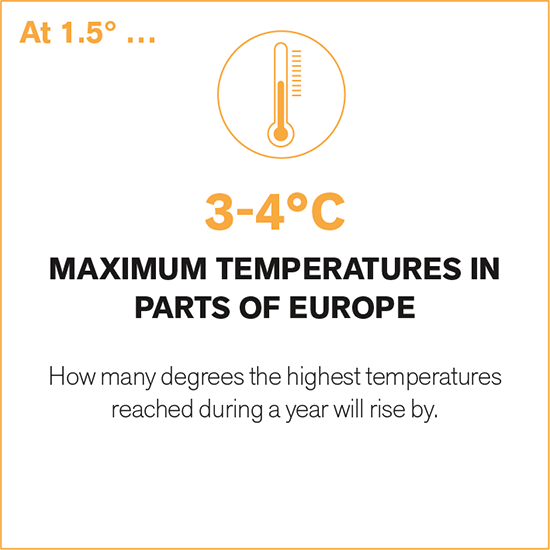 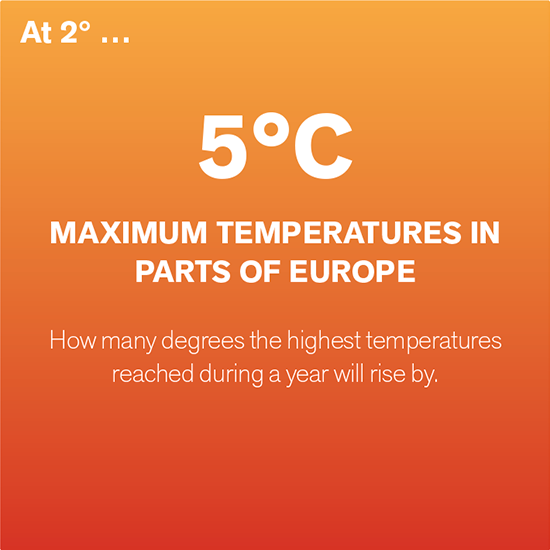 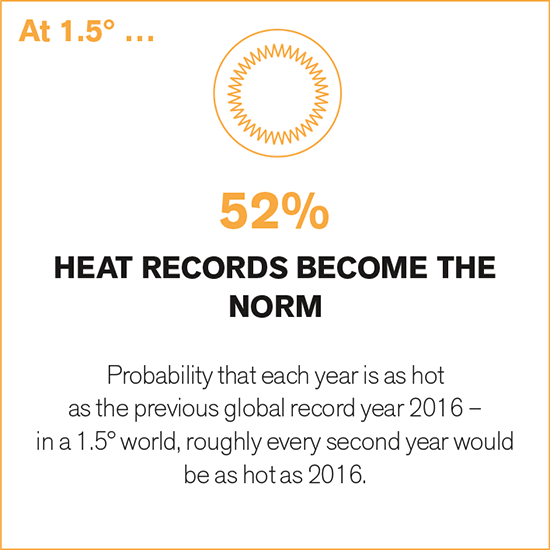 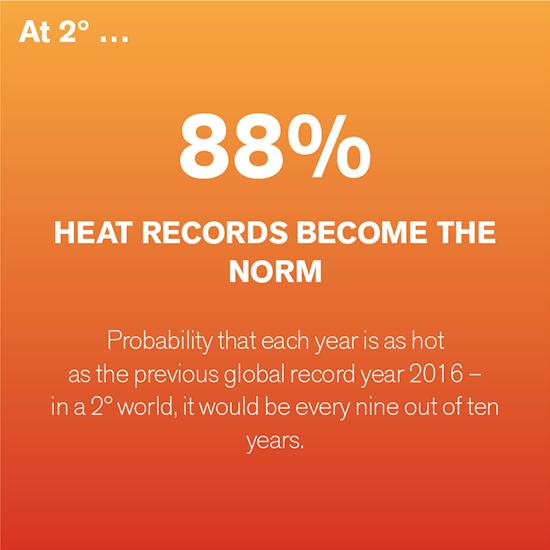 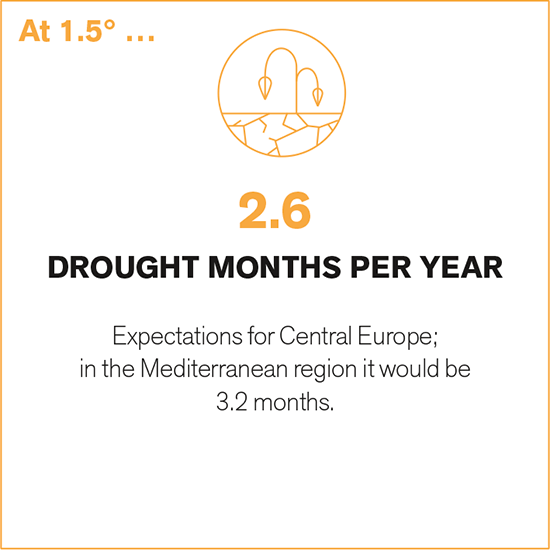 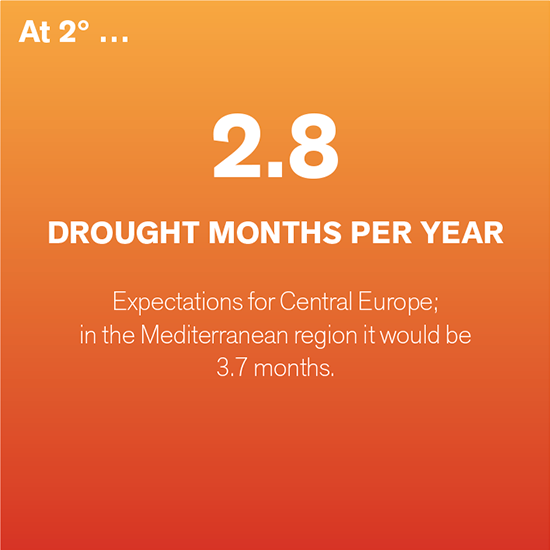 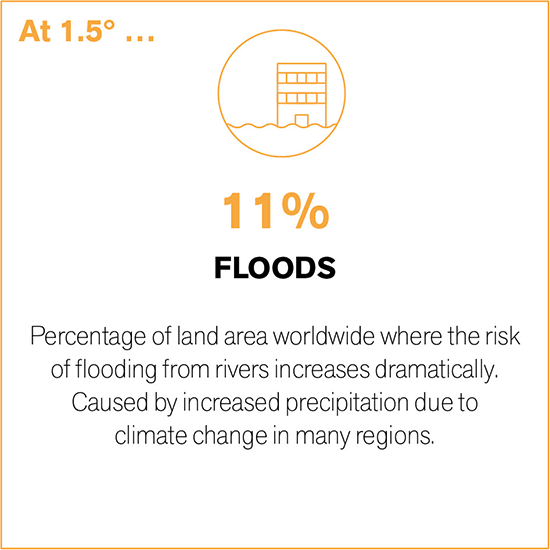 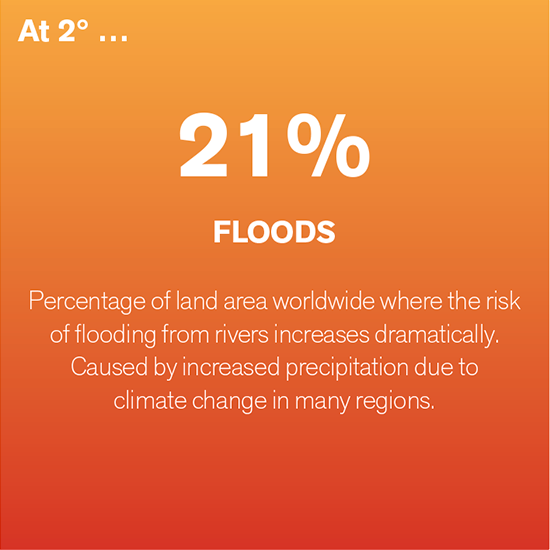 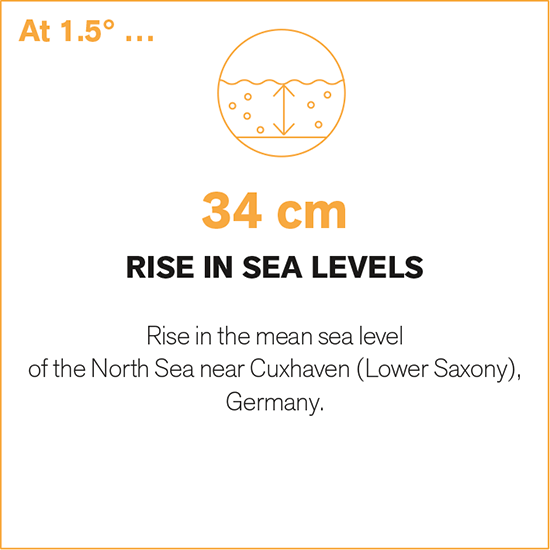 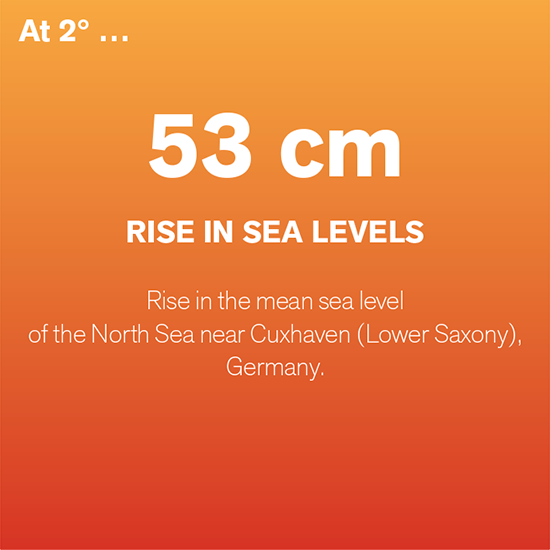 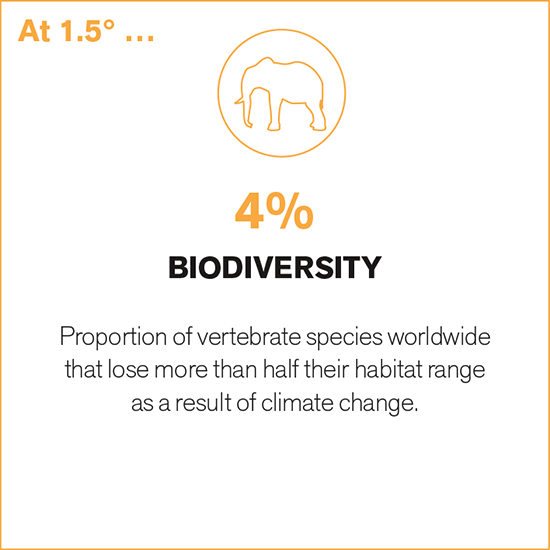 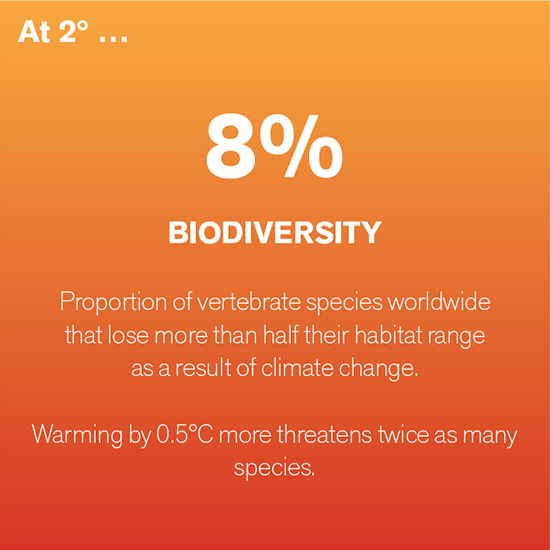 Climate change in the agricultural sector