Bananas from Iceland, cucumbers from Antarctica or lettuce from our own kitchen: climate-controlled greenhouses are revolutionising the cultivation of fruit and vegetables.

They'll be the loneliest tomatoes in the world. They shall sprout 600 kilometres above the Earth. In the artificial atmosphere of a satellite. Researchers want to find out how tomato plants thrive in a closed system that alternately simulates the gravity of the Moon and Mars. Only, no one will ever find out what the tomatoes actually taste like. Because at the end of the one-year mission, the satellite will burn up in the atmosphere.

Country of origin: the Moon

If humans want to live on the Moon or Mars, they will depend on producing as much food as possible themselves. Until spring 2020, the Eu:CROPIS satellite (Euglena Combined Regenerative Organic Food Production in Space) of the German Aerospace Centre (Deutsches Zentrum für Luft- und Raumfahrt; DLR) is rotating in the orbit to test whether this is possible. "We are simulating  greenhouses that could ultimately be used in a habitat on the Moon or Mars. They are designed to supply fresh food on-site by converting waste into fertiliser in a controlled manner in a closed system," says DLR biologist Dr Jens Hauslage, scientific director of the mission.

Tomatoes in space: the Eu:CROPIS mission wants to find out how we can obtain fresh food in hostile environments. © DLR

Findings for Earth too

"The experiments on board Eu:CROPIS will provide important results to enable humanity to survive in hostile environments – whether in space or on Earth," says Dr Jens Hauslage. For example, liquid manure can be transformed using trickle filters and used more effectively and with less odour. The recycling of urine in urban agglomerations, for example for greenhouses in high-rise buildings, known as vertical farms, is one possible application. This is necessary, because the world's population is growing – according to the United Nations from around 7.6 billion today to 9.8 billion in 2050. More than three out of four people will live in cities. At the same time, agricultural land is shrinking due to construction on the one hand and desertification on the other. Water will become scarce. Effective and innovative solutions such as sustainable climate-controlled greenhouses will be part of the solution in future.

DLR is currently proving that it can produce vegetables in hostile environments in the freezing cold ice desert of Antarctica, where polar night lasts six months. At the southernmost tip of the world, at Neumayer Station III of the Alfred-Wegener-Institut, the first home-grown cucumbers, tomatoes and peppers are flourishing in the EDEN ISS laboratory. The building shell keeps out the storms and the extreme temperatures of minus 45 degrees. The plants grow under artificial light in a nutrient solution. The water is recycled. It only leaves the container in the harvested food.

DLR scientist Paul Zabel, one of nine people staying at Neumayer III for the winter, brought in his first harvest in May. Now an average of 740 grams of tomatoes, 1.8 kilograms of cucumbers and 400 grams of kohlrabi per week are grown on an area of around 13 square meters. Added to this are various herbs, lettuces and radishes. The plants grow more quickly than under normal conditions because they get more light and carbon monoxide. Every five minutes, the roots are sprayed with water and a nutrient solution in a system controlled by computer. Growing food in this way without soil is called aeroponics. The roots are considerably larger than those of comparable plants. The method is also suitable for root vegetables such as potatoes and carrots. 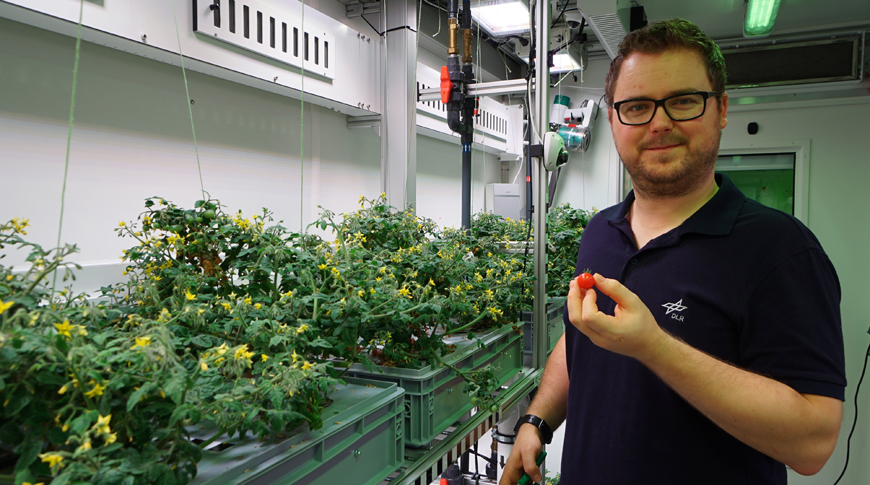 DLR scientist Paul Zabel harvesting tomatoes: the vegetables grown in the Antarctic have enriched the menu at the Neumayer III Research Station. © DLR 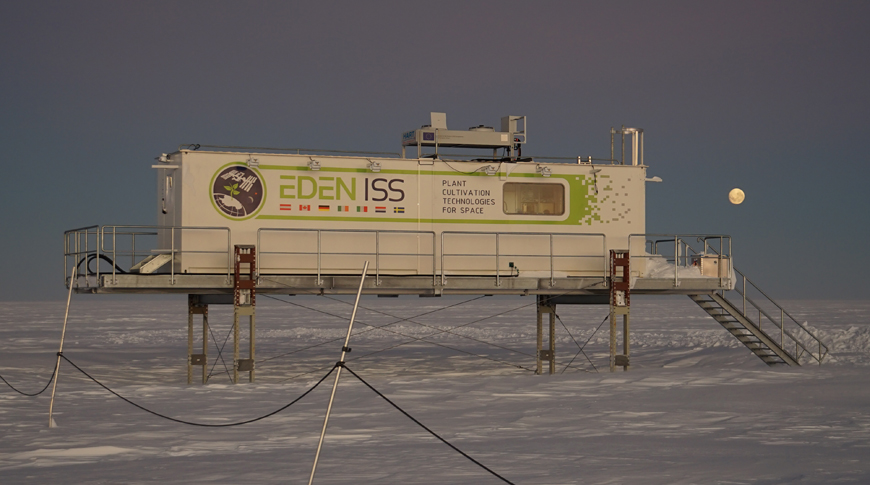 Vegetables over endless ice: cucumbers, lettuces, radishes and herbs are grown in a greenhouse with a closed resource cycle. © DLR

A banana plantation in Iceland

Conditions in Iceland are not quite as extreme as in Antarctica. The island of volcanoes, glaciers and geysers is already producing food for the domestic market. And we're not talking about winter vegetables like turnip or parsnip. It's also about Mediterranean vegetables or tropical fruits. Banana plants also grow just below the Arctic Circle. And all this is possible precisely because of the volcanoes and geysers.

Icelanders have been using geothermal energy as a heat source for their greenhouses for almost 100 years. Recently, artificial light has also been used to increase crop yields. Almost 70 percent of the vegetables consumed in Iceland – potatoes, cucumbers, tomatoes, turnips, mushrooms, carrots, lettuce, peppers, cabbage, broccoli and cauliflower – come from domestic cultivation, says Katrin Maria Andresdóttir, president of the Icelandic Association of Horticulture Producers, to the newspaper "Die Zeit". Investors now want to expand the greenhouse industry and produce agricultural products in Iceland for export. For example, a 50,000 square metre greenhouse is planned in which up to 5000 tonnes of tomatoes will be grown annually for British supermarkets. A Dutch company even wants to build greenhouses on 15 hectares to harvest 13,500 tons of tomatoes a year.

Lettuce from our own kitchen

A harvest from the "greenhouse cupboard" is intended for personal use. Some start-ups are currently working on the greenhouse for the home. For example, in addition to the planter box, one manufacturer also supplies seed mats with lettuce and herbs as a complete package. Another model should also work with regular seed. Somewhere between stove and refrigerator, the gardener can let his greenery sprout – and use an app to follow how the plants are doing and when they can be harvested.

On our Way to Agriculture 4.0