Our world in figures

The development of the world over the past centuries is impressive: worldwide life expectancy has more than doubled since 1800. Due to the increased yield per hectare, more and more food was produced and famine could be combated in large parts worldwide. The question remains: Can we maintain this positive development even with a steadily increasing world population?

In 1900, people lived to be 32 years old on average. Today we are more than twice as old. Medicine and agriculture have evolved considerably since industrialization. Both fatal diseases and famines have been successfully combated in many countries around the world. While in the past many people died of malnutrition and illness in infancy, today more and more people are even over a hundred years old.

Source: University of Oxford, Our World in Data 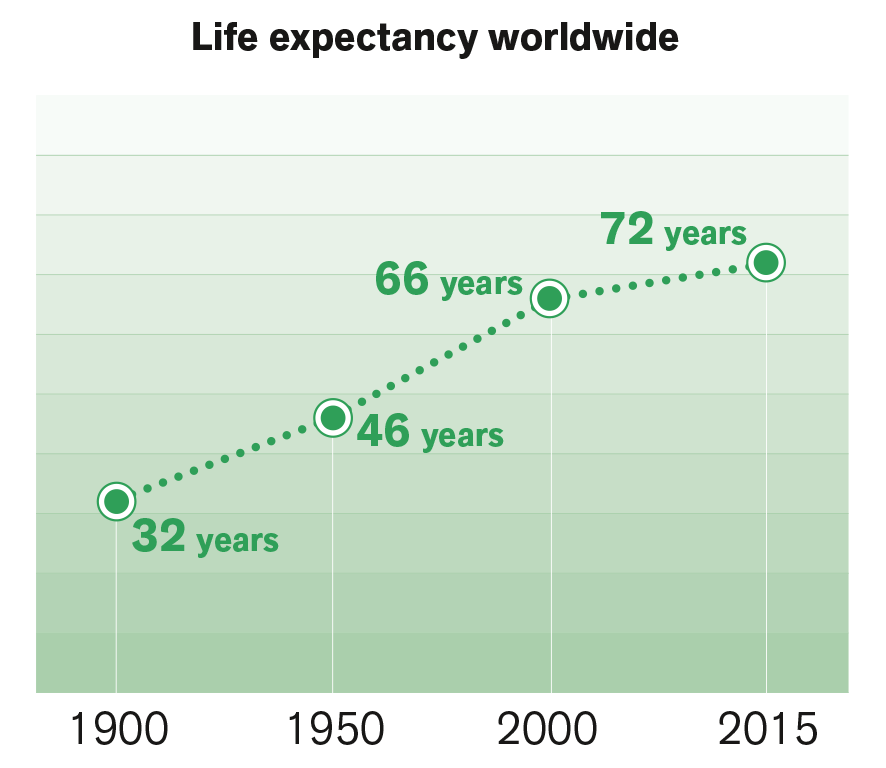 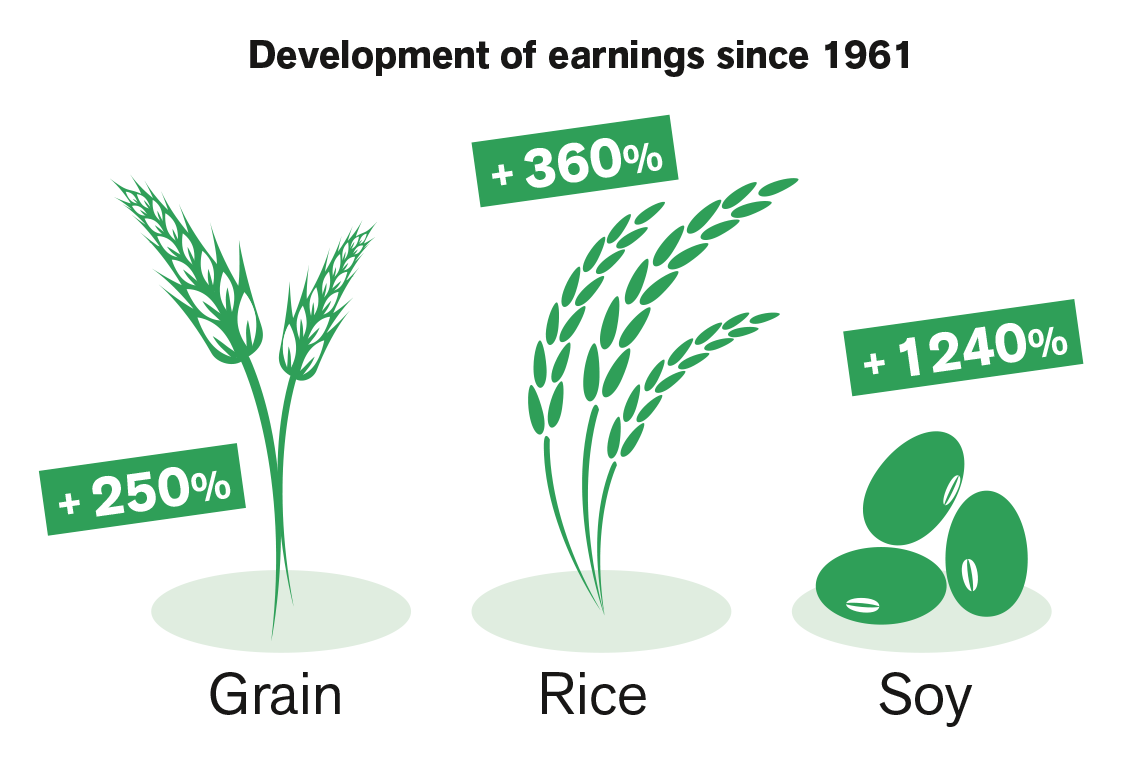 With the further development of crop research, the use of modern agricultural machinery and crop protection, the yield per hectare in almost every cultivar has increased significantly in recent decades. This was particularly impressive with cereals, rice and soy. In the past, mold, fungi and poor storage facilities could destroy entire crops. An example: from 1845 to 1851 a fungal attack destroyed most of Ireland‘s potato harvest. The dramatic consequence: starvation and emigration halved the Irish population from 8.1 to 4 million. Today crops can be better protected. In India, for example, millet is grown on around 900,000 hectares, which is resistant to mildew due to advances in plant breeding.

With the positive development of the world population and the associated high standard of living in many countries around the world, more and more people can afford animal products and meat. Global meat production has increased significantly in recent decades: since 1965, it has almost quadrupled from 84 million tons to 336 million. Per capita consumption also rose from around 25 kilogram in 1965 by a good 73 percent to over 43 kilogram in 2018. 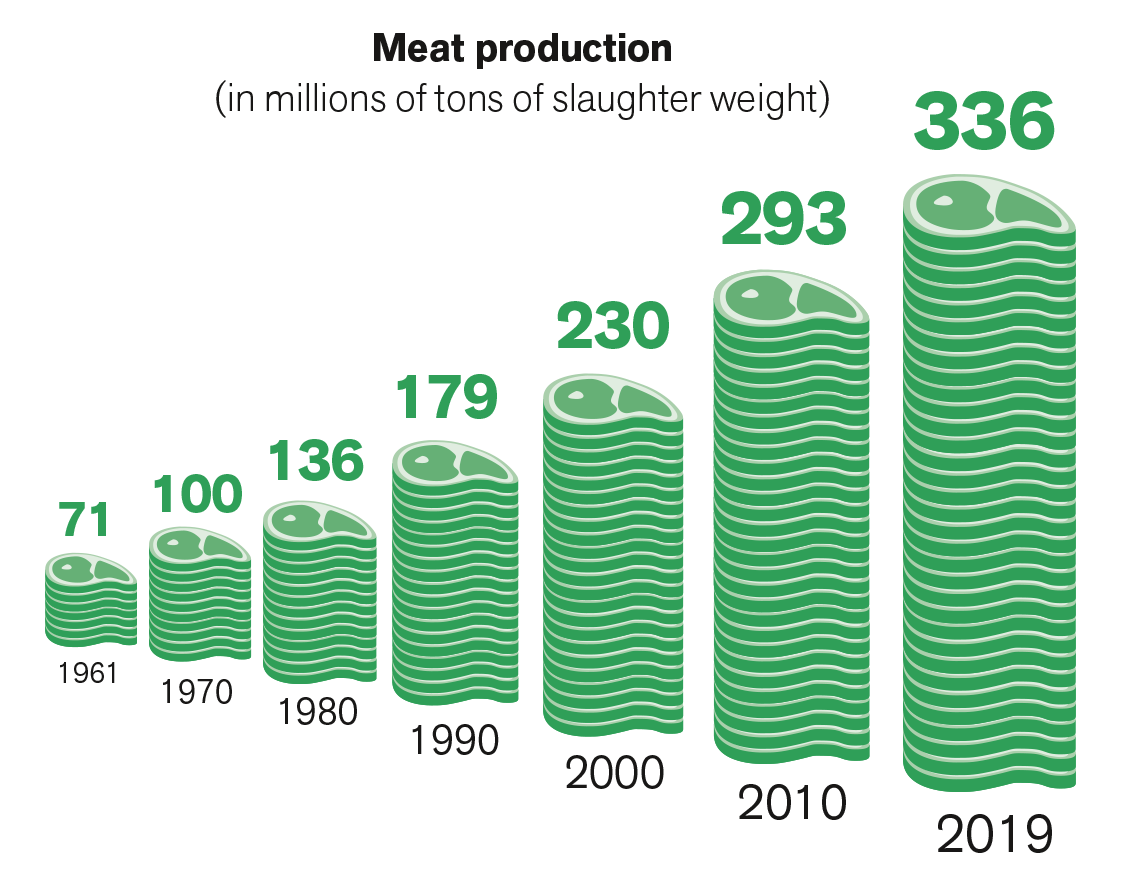 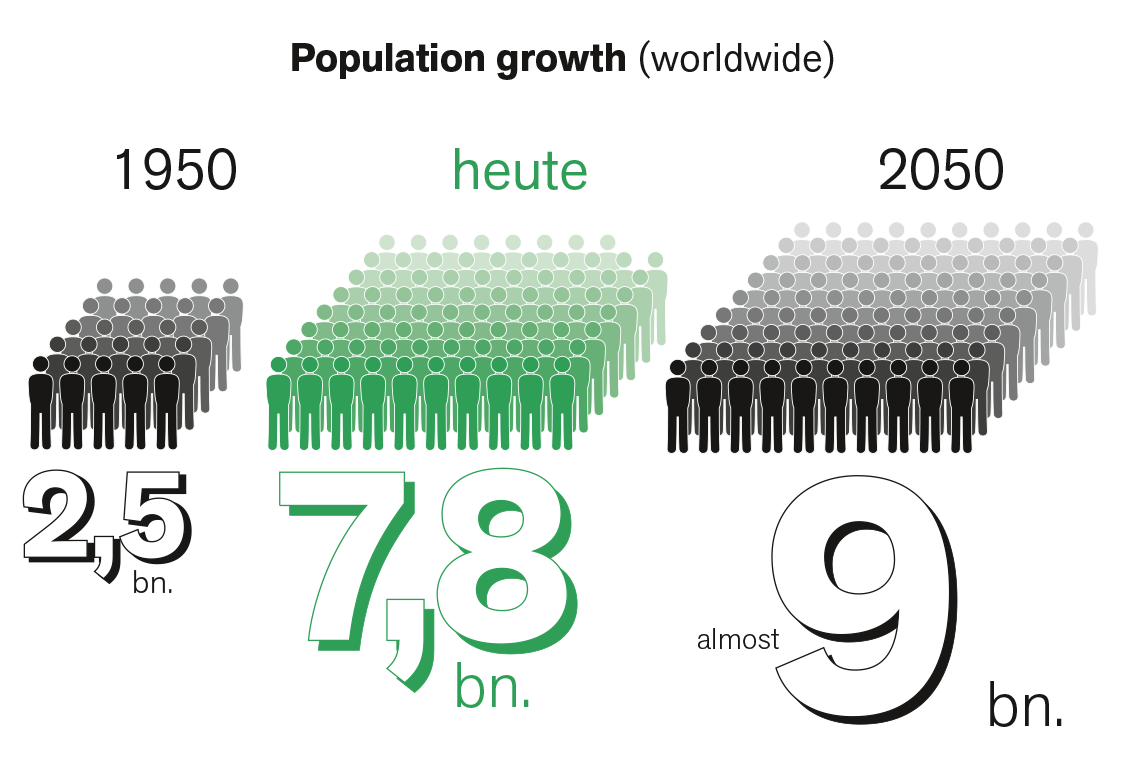 Better nutrition, fewer deaths because of effective medicine, but also from fewer armed conflicts – all this not only increases life expectancy, but also increases the population in combination with an increasing birth rate. While in 1950 „only“ 2.5 billion people populated the world, projections assume that by 2050 about nine billion people will live on our planet. In view of the steadily increasing world population, the question arises whether we can maintain the global standard of living today.

Technology in the field yesterday and today