Technology in the field yesterday and today

Around 1900: agricultural work is manual work

More than a hundred years ago, the fields in Germany and Europe were ploughed in a similar way to those in Mesopotamia 5,000 years earlier: usually two cows pulled a wooden plough over the field and a farmhand drew the furrows with a cart and lots of muscle power. Apart from their own hands, farmers possessed only a few tools: the harness for the cows or horses for richer farmers, a harrow, a cart with harvest ladders, a manure barrel, scythes and flails for threshing grain. 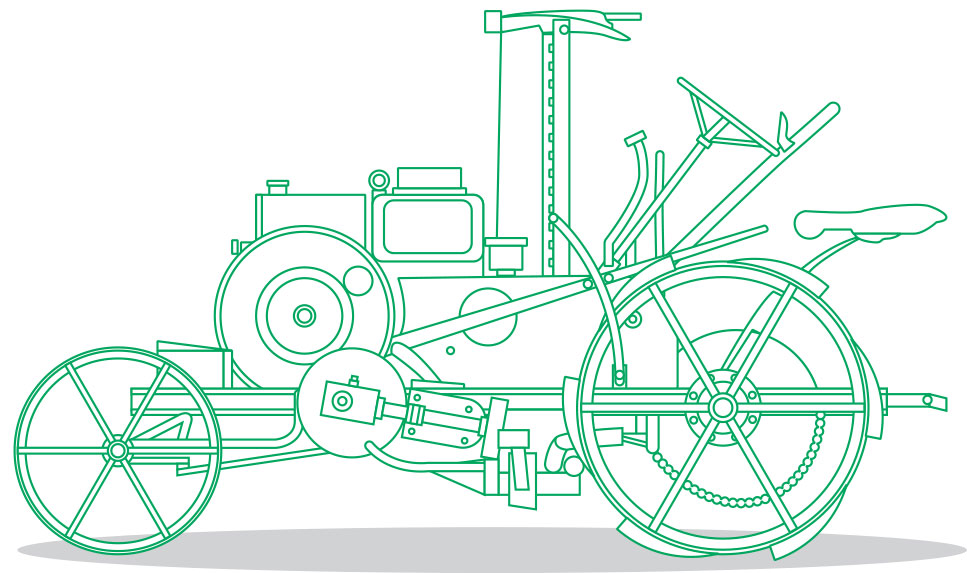 In the mid-1850s, John Fowler's steam-powered rope ploughs were the vanguard of agricultural mechanisation. However, they were still heavy and unwieldy. In the following years, more and more technical equipment was developed for tedious field work, initially such as threshing and harvesting machines.
It was only during the First World War that the first trend-setting tractors were constructed in the USA and went into mass production here. After the First World War, there were some experiments in Germany using tractors for cannons in the field. One frequently heard saying was: "The tractor stinks and smokes and never goes when you need it."

Still: agricultural machines were stronger and cheaper in the long run, because thanks to them day labourers and horses could be saved. However, their entry into German fields was slow. It was only with the mass production of crude-oil tractors such as the Lanz Bulldog from 1929 or the Fendt Dieselross, which was developed from a harvester with an auxiliary engine, that tractors were increasingly used.
Sources: historisches-lexikon-bayerns.de; AGCO/Fendt 2018.

It was not until 1934 that the first tractor models with pneumatic tyres were produced in Germany, when Continental delivered the first low-pressure tyres to Lanz. What is taken for granted today was a novelty back then: previously you had to swap iron tyres for rubber ones if you wanted to drive from the field to the road and vice versa. The rubber tyres made the crucial difference in the driving feel and quickly replaced the old wheels. With them, tractors on the road travelled at completely new speeds of up to 25 kilometres per hour, protecting fields and meadows.
The diesel engine also contributed to making tractors more profitable, as it had comparatively low fuel consumption and diesel fuel was cheaper.
Source: Ein Jahrhundert Automobiltechnik (A century of automotive engineering) (Olaf von Fersen, eds.). 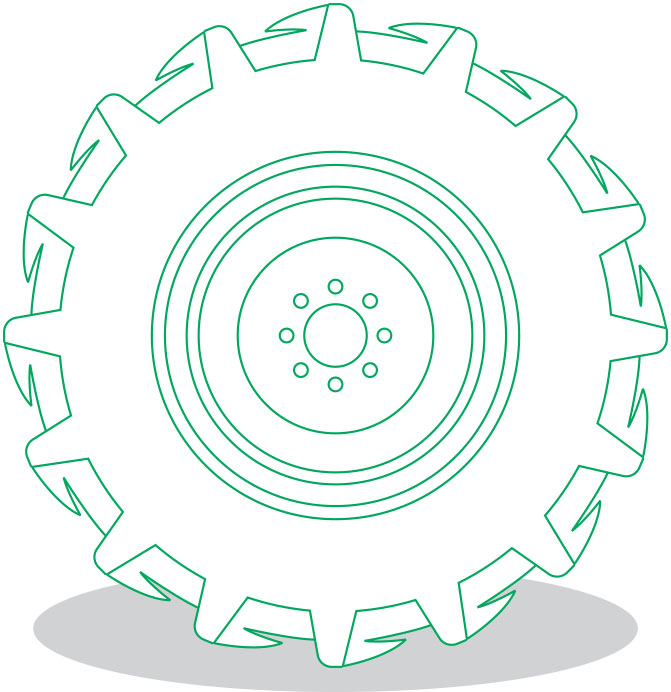 In the 1950s there were more different brands and registrations than ever before. The peak was in 1955, with almost 100,000 tractors registered in the Federal Republic of Germany. Since 1990, annual registrations in Germany have stabilised at around 30,000. Only a few of the formerly numerous German companies still manufacture agricultural machinery, such as Fendt.
Sources: AGCO/Fendt 2018, Ein Jahrhundert Automobiltechnik (A century of automotive engineering) (Olaf von Fersen, eds.).

As early as 1953, Claas introduced the first self-propelled combine harvester to the market.
Source: Claas, 2018.

Different models of combine harvesters, field choppers, loader wagons and balers came onto the market. By the mid-1970s, modern agricultural technology had arrived on almost all farms.

From year to year, fewer people are employed in agriculture. As a percentage, they accounted for a share of just 1.4 percent in 2016. The number of large farms is growing steadily. Today, a farmer feeds an average of 135 people.

Around 1900 it was only three people on average fed by a farmer besides his own family and day labourers, and about ten around 1950. At the beginning of the 20th century, the proportion of people employed in agriculture and forestry was still 38 percent. However, the yield per hectare has increased enormously and is now four times as high as it was a hundred years ago.
Source: German Farmers' Association: Situation Report 2017/2018. 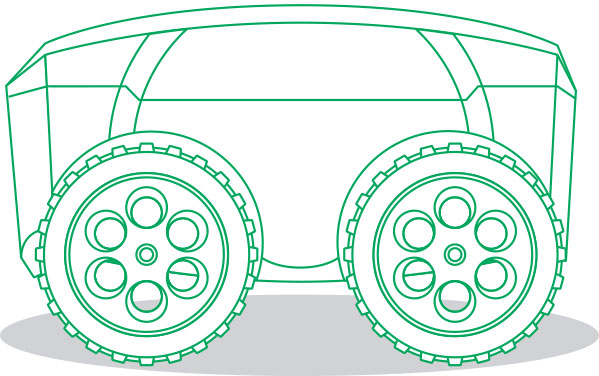 A fleet of small robotic units sows corn on the field as a team. The individual devices communicate with each other in real time via the cloud: the electrically powered units plan, monitor and document the sowing hand-in-hand. A satellite navigation system calculates the robot team's shortest routes. Within one hour, the team can automatically sow up to one hectare of soil.
The farmer has all the data at his fingertips via an app and knows to the millimetre where each individual seed grain has been sown. This allows fertilisers and pesticides to be applied sparingly and precisely. Fendt presented exactly this technology at the end of 2017 with its Xaver field robot system.
Source: AGCO/Fendt 2018.

Today's tractors have hardly anything in common with the tractors of old days. Previously there were clear, mainly mechanical structures with four to five forward gears, one reverse gear and an average of 20 to 30 horsepower (hp).
Today's high-tech machines have 40 or more forward gears or even continuously variable transmissions. Their average total output is around 150 hp; there are also machines boasting 300 hp and more. All-wheel drive is standard. What are the latest developments here? 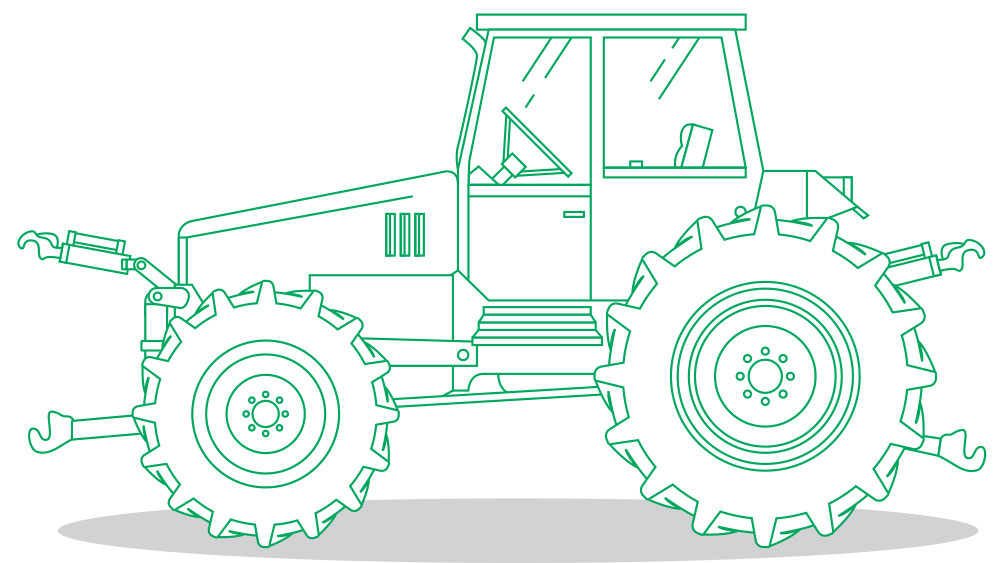 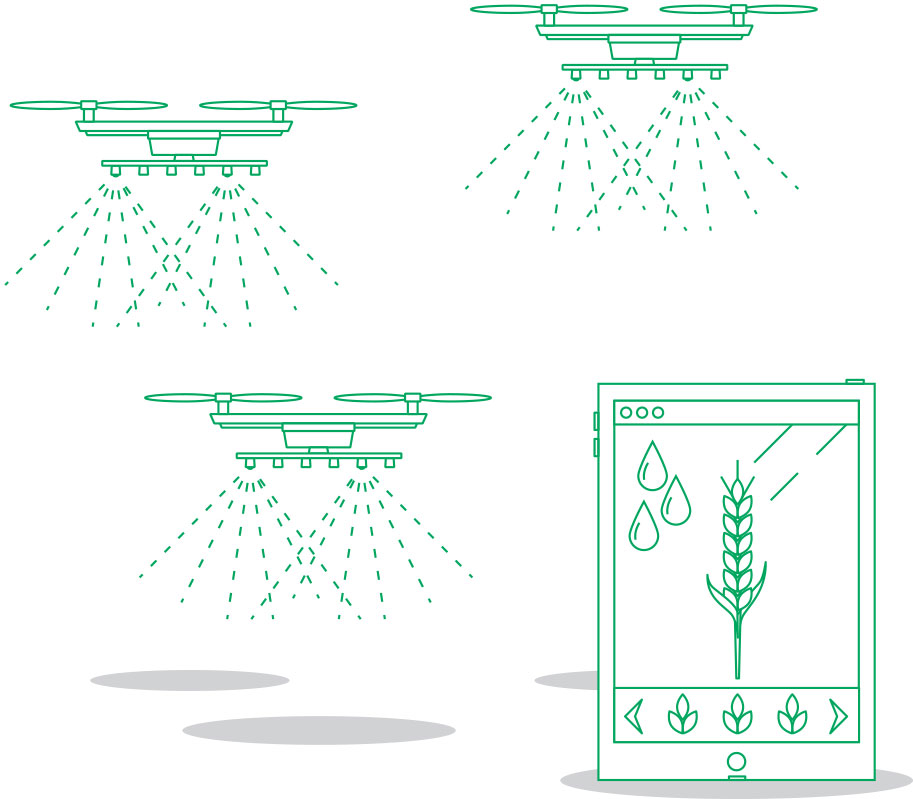 Many processes in the field are increasingly automated in smart precision farming. Using data on the soil, plants, the water supply and the agricultural machinery used, it is possible to sow, fertilise and irrigate in a targeted manner. Satellites, drones, agricultural apps and sensors deliver and process field data in real time.

From the field to the cloud

On our Way to Agriculture 4.0