In the last ten years, energy consumption from renewable sources has doubled in the EU. Our graphics show that the cheapest energy sources around the globe are now renewable.

Smart cities are a core pillar in the renewables trend around the globe. They develop their infrastructure with the help of sensors and data analysis. The megacities in our chart integrate renewable energies into their 'smart city' plans. The leader, San Diego, is even planning to produce 100 percent of its energy from renewables by 2035. 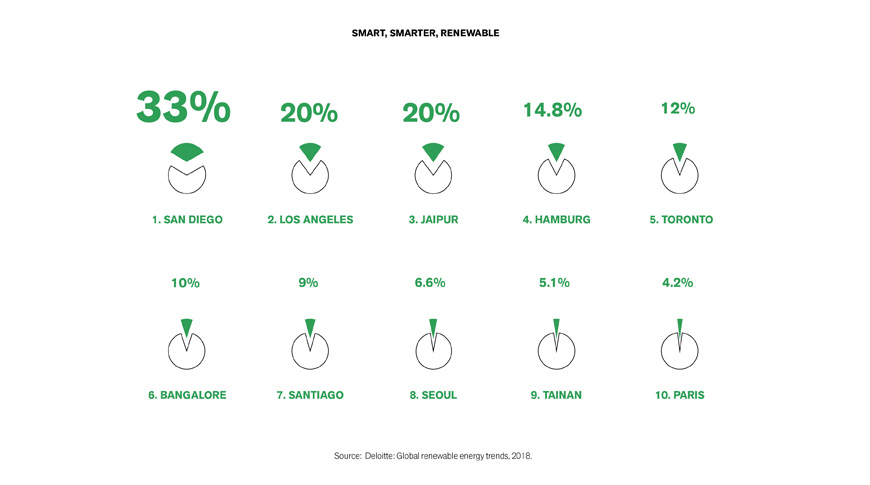 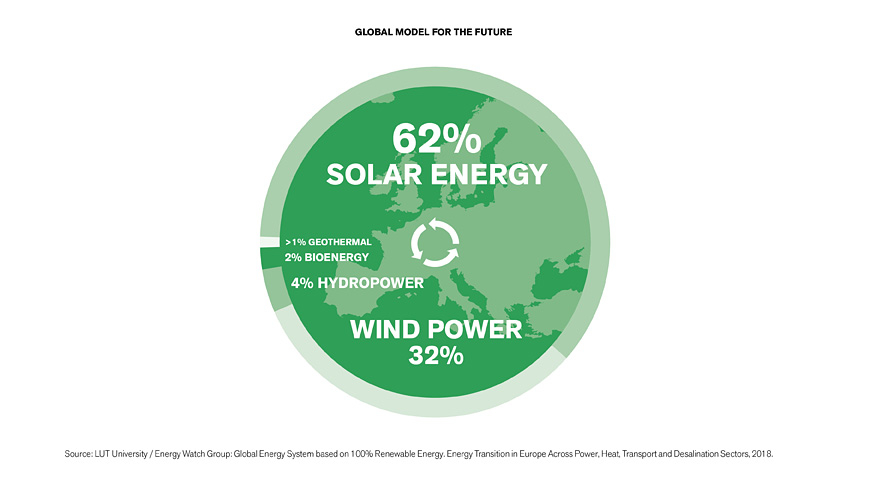 Global model for the future

A four-and-a-half-year study by LUT University and the Energy Watch Group simulated the complete energy transition in Europe in the sectors of electricity, heat and transport by 2050. The result: a 100% conversion to renewable energies in all sectors is not only possible, but also no more expensive than today's means of energy generation. According to researchers, the cost level in 2050 will be 50-60 €/MWh.
According to the Energy Watch Group, the energy mix once the energy transition has been completed would look as follows: solar energy (62 percent) and wind power (32 percent) together account for 94 percent, hydropower for 4 percent, bioenergy for 2 percent and geothermal energy for less than 1 percent. On the other hand, 0 percent would be fossil fuels and 0 percent nuclear power. Around 85 percent of renewable energies would then be generated locally and regionally.

An IRENA study estimates that by 2050 the loss of 7.4 million jobs in the fossil energy sector will be offset by 19 million new jobs in renewable energies, energy efficiency, grid expansion and energy flexibility. The results is in an increase of 11.6 million jobs in the energy sector worldwide. IRENA estimates the savings potential of the energy transition at USD 6 trillion annually through cleaner air, less environmental damage and better health, far outweighing the additional annual costs of USD 1.7 trillion to achieve the energy transition itself. 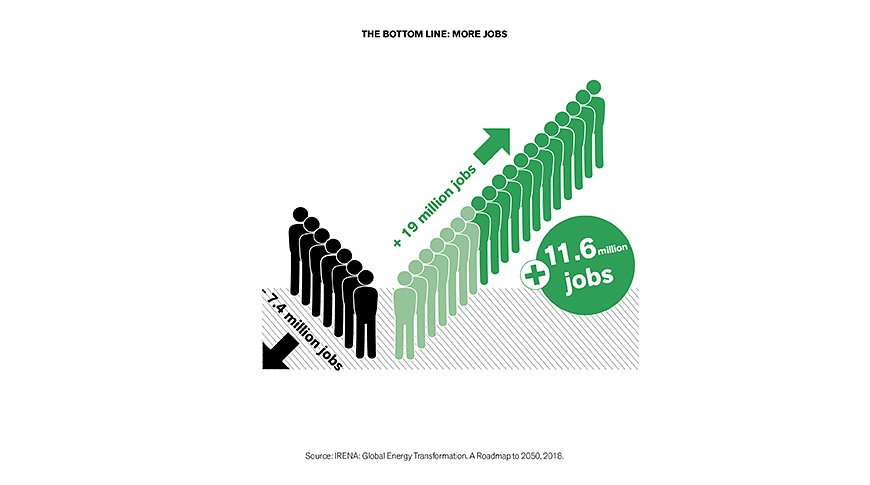 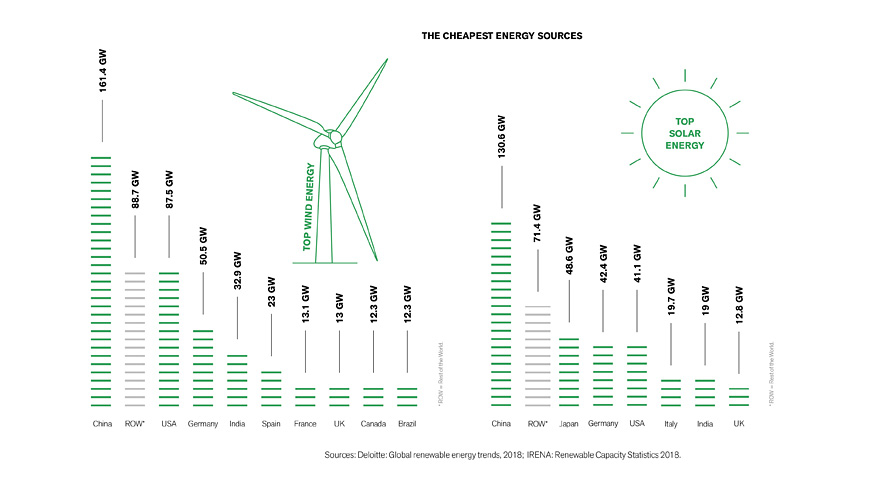 Nowadays, renewable energies can compete with conventional energy sources in terms of output as well as price. While in the past they presented the grid with major challenges, now they are even helping compensate for grid bottlenecks. Even without subsidies, they are competing with fossil fuels. They have reached grid parity: the production costs of renewable electricity are the same as those of conventional electrical energy. Onshore wind energy is currently the cheapest. Right now, electricity from wind turbines costs less than generation using natural gas, the cheapest fossil fuel. The capacity of onshore wind energy more than doubled between 2011 and the end of 2017. Around 121 countries have a combined output of 495 gigawatts from onshore wind power, led by China, followed by the USA, Germany, India, Spain, France, Brazil, the UK and Canada. The second cheapest energy is supplied by new and larger solar plants with an output of 10 MW or more. At 43-53 US dollars per megawatt hour, their electricity production costs are lower than for all other energy sources around the globe.