"The resources of the future are green"

By 2030, 65 percent of electricity in Germany is expected to come from renewable sources – a lot of capacity still needs to be added for this. In an interview with Prof Klaus Josef Lutz, Chief Executive Officer of BayWa AG, you will learn about the challenges facing the expansion and the solutions BayWa is striving for.

Prof Lutz, in Germany new wind turbines often face local resistance from citizens with the attitude: Not in my backyard! However, surveys show that there is a high level of public support for the expansion of renewable energies.
We are unfortunately experiencing this dilemma, which is perceived by many as a double standard, more and more often. The energy transition desired by the vast majority of Germans is perceived as a threat by some citizens in view of the concrete project on site, or even presented as an elite project by investors. We must cut the ground from this assumption as quickly as possible. Citizens should be more involved in energy transition and should be able to participate, for example financially. Participation models are one possible option. The form in which this is done should not be dictated by the state. BayWa, with its subsidiary BayWa r.e., is already pursuing project approaches with which we are convincing on site. One example is the successful “Crowd” project for the Hemer wind farm in North Rhine-Westphalia. Through crowdfunding, local citizens have been able to participate with as little as 50 euros. This ties people to the idea long before the ground-breaking ceremony.
Our longstanding and international experience can be put to very good use in Germany to promote energy transition in a sustainable manner. Generally, of course, the concerns of the citizens must be taken seriously. They should be involved in planning processes at an early stage and in a transparent manner, and should also benefit from the economic success of the projects in an appropriate way.

Speaking of money: In terms of electricity prices for end customers, Germany is among the front-runners in Europe – the energy-intensive industry is being relieved through exemptions in order to remain attractive as a location. Who is going to pay for all this?
The various fees, taxes, levies and grid charges account for more than 70 percent of the price of electricity for households, as determined by the relevant ministries and municipalities. What we need is a holistic concept for the composition of the price of electricity. Why should we not, as proposed in Bavaria, set up a state fund with citizen participation, from which, for example, costs for grid expansion would be financed? The aim is to keep the price at a tolerable level for private customers and businesses. Inexpensive green electricity is the new resource of the future and the basis for sustainable industrial production in Germany. We are already supplying inexpensive electricity with our large wind power and solar projects, which operate without subsidies. Innovative technologies and also the expansion of roof systems are essential for achieving the climate targets. Homeowners and entrepreneurs need a clear framework for their solar projects that allows for their own consumption and does not impose levies. At the same time, the financing of the grids must be ensured. This should be part of a comprehensive reform of the price of electricity.

Some consumers believe that the secure supply of electricity will be endangered if the share of renewables in the overall electricity supply in Germany increases even more.
Today, renewable energies are easily predictable and are integrated into the existing system. However, we need an expansion of the grid infrastructure that allows for more flexibility. We need incentives to bring supply and demand into even better harmony: for example, so that companies purchase a lot of electricity when large quantities are available and vice versa. It is therefore important that the Federal Government expands its research activities within the framework of the so-called Copernicus projects and further studies the storage options for renewable energy. The aim must be to develop an overall concept for the optimal integration of renewable energies beyond the electricity sector – for example in the fuel and industrial sectors. Flexible rates can motivate such behaviour. So far, however, the development of new flexibility potentials has usually not been economically viable – the controlled grid expansion is the main focus. The proportion of green electricity in our overall system can basically only be increased by also increasing the digitalisation of decentralised electricity supply – we are also actively working on this! For example, with PowerHub we offer a digital platform for the operation and control of wind and solar parks. We have also invested in the Swedish start-up Blixt. With this technology, old meter boxes in private households can be used for smart energy management. BayWa r.e. is one of the leading companies in the sector and makes a contribution to the sustainable development of infrastructure in the field of renewable energies: With our holistic concepts, we are committed to the energy transition in such a way that society can not only accept but also embrace plant construction. 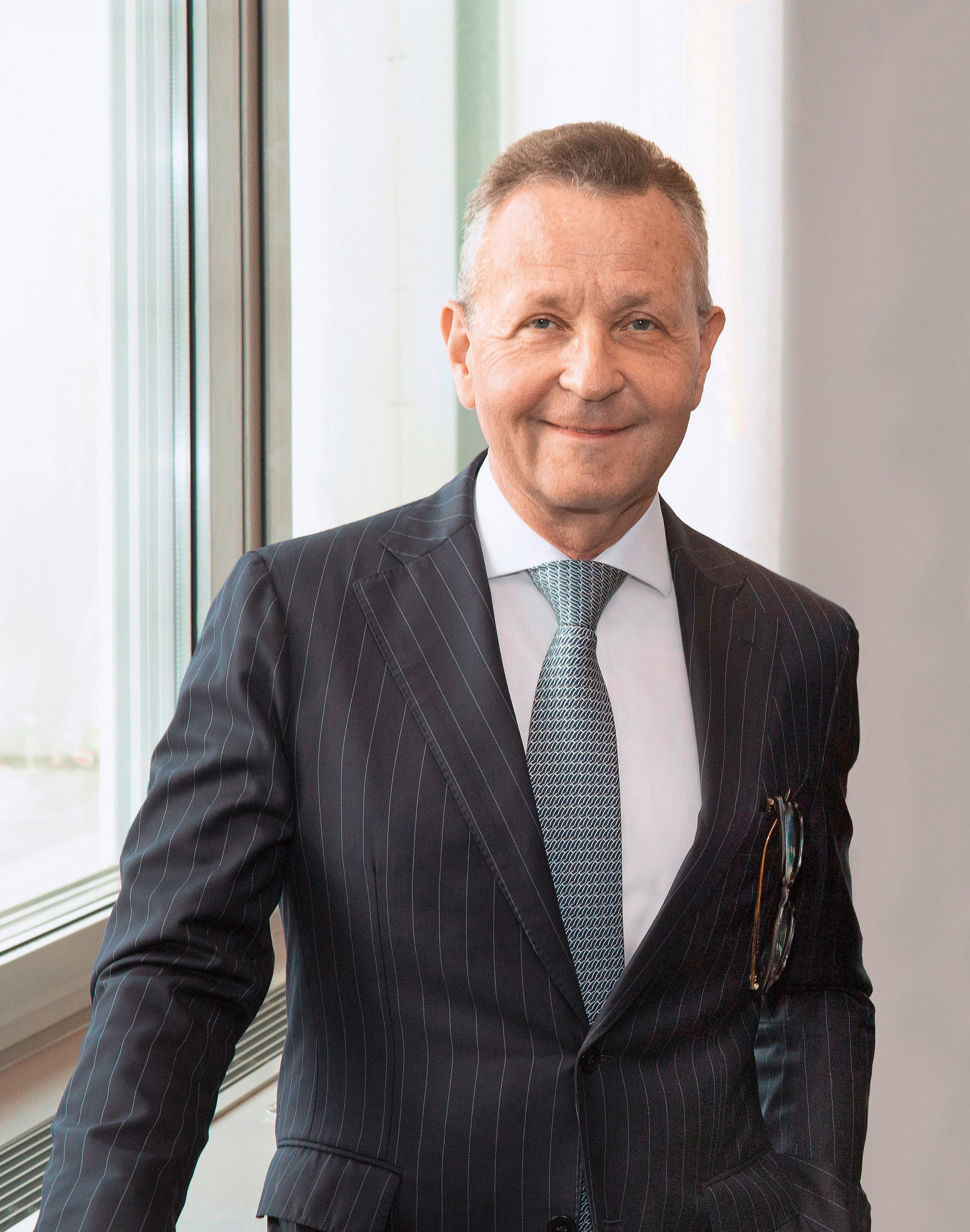 Professor Klaus Josef Lutz has been CEO of BayWa since July 2008. He also chairs the executive and supervisory bodies of international agricultural and fruit holdings.

A bright future – renewable energies on track for success